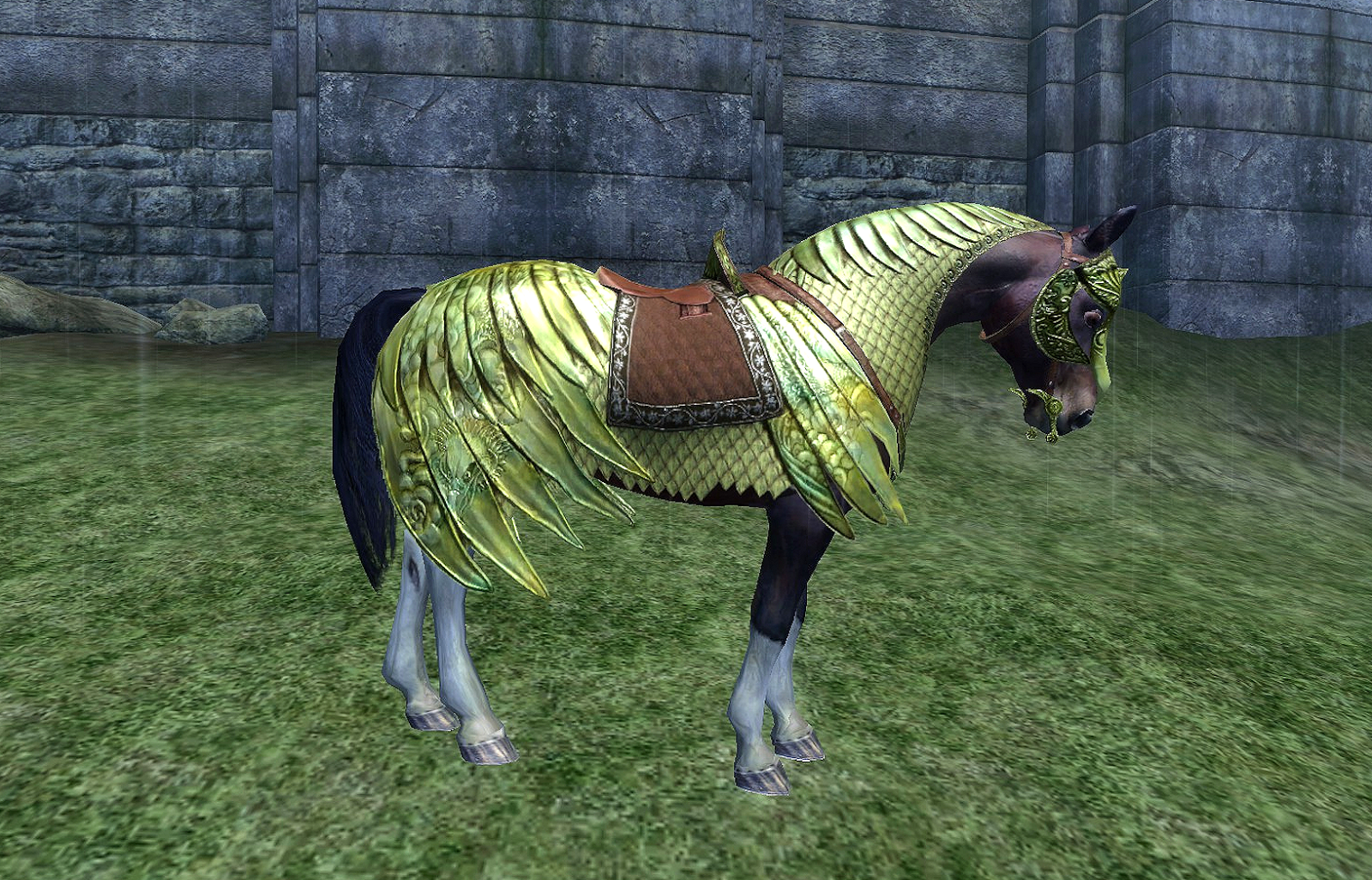 Bethesda has always been on the cutting edge of charging for armour, but it wasn't until today that they unveiled a way to get John and Jane Q. Steamuser in on the action. Namely, they unveiled a system where modders using the Steam Workshop can now put a price wall on their mods. It can be forty cents. It can be ten dollars. It can be pay what you want. It can even still be free.

But it's going to do a lot of damage to the mod community in the long run.

Also hey again chums. I'm using this blog for the first time in a year and change. Surprise! Twitter was not cutting it for this rant.

The unfortunate reality is that the number one reason that people are going to push back against this change to Skyrim is that people are cheap, people are greedy and people expect things that were once free to remain free. I've seen a lot of flak from developers and commentators blasting the whiners for feeling entitled to the hard work of modders for free. So I want to make it abundantly clear that I don't inherently have an issue with charging for mods, but I sure as hell have a problem with the way Valve and Bethesda are doing it. For a few reasons, really.

The first issue is one that, while not unique to Skyrim/TES games, is definitely a mainstay of the scene: the problem with borrowing. TES mods are notorious for being, well, a bit swipey. Someone makes an armour mod. Another likes the mesh and makes a new texture for it. Someone else grabs the textured beauty to include in their 1000 armour megapack. Someone beyond that yanks it from there and adds a symbol to use as a guard uniform in their city mod. This is not unusual. All the best Skyrim/Oblivion/Morrowind/Fallout mods are ones of iteration. A mod author decides to stop updating a popular mod, someone else steps in to release a 2.0 version. A weather mod needs coats and hoods? They ask to use ones already made for an unrelated clothing mod.

For an example of this in action, look at the Morrowind 2011 mod. Morrowind 2011 was a compilation of graphic packs that made the rounds of major video game sites because, well, people like Morrowind. The pack, however, failed to credit the original authors of the mods included, the modders claimed their work was being illegally infringed, couch lawyers debated whether or not mods could be copyrighted works and eventually the mod and site disappeared, but not before the creator pointed out that the file would be mirrored on the internet forever, his own way of going ha ha ha, neener neener. Mature stuff.

This doesn't mean all compilations are doomed to fail, since Morrowind Overhaul managed to do the same thing but with the blessing of the mod community. But there was a fairly sizable outcry about Morrowind 2011, and the only thing at stake in that case was a spot in the credits section of the readme.

Now what happens when money is involved?

My second point is going to be a bit more controversial, and I'm going to sound like a jackass, but not all mods are worth money. Not all games period are worth money. It's a harsh statement, but I'll defend it no matter how many angry letters/emails/tweets I get.

Listen, I intellectually support developers setting their own admission fee for their art, That doesn't mean I fiscally support it, because I am not a wealthy man. There are a lot of amateur games out there, especially in the post Steam Greenlight era, that I look and and go "yeah, I wouldn't pay for that." It's a little mean. It's a little judgmental. But it is a product, and if a product doesn't look like a good product, I'm not going to spend money on it.

It's a hard lesson to learn, in any medium. A lot of my early writing is godforsaken tripe I would have no business selling, but it did help me improve. Mods have always been an amazing test drive for aspiring devs. Look at the kid who made a Skyrim mod as a resume, or the myriad shooters that started as basement mod operations. But by introducing an ecosystem where these first steps can go on the market right away creates a pressure for quality that I can only imagine is going to turn aspiring hobbyists away.

Not to mention, for the less self aware devs, it'll lead to mods in the same vein as Air Control or The Slaughtering Grounds—first efforts that are so amateurish the idea of spending money on them is insane.


There are going to be problems. Of course there are going to be problems, there always are problems with a new market, new product, new whatever. But the Valve of today has, in my eyes at least, become increasingly bad at handling these problems as they arise in their last several projects. Look at Greenlight. Look at their weird gem auction thing that took a whole four hours before scammers broke it. Look at the amount of Steam scamming on the rise thanks to hats and trading cards. Valve, as a whole, doesn't really have a handle on their current problems, let alone the abuse that will crop up here.

I mean, the most obvious one is what stops a scammer from uploading a mod they don't own and charging for it? Valve is moving away from a vetting process, so I can't expect they have a crack team of gatekeepers looking over every mod on the service. Community reporting is handy, but how many times a week does Minecraft get added to Greenlight by Not Mojang, and those entries are not exactly quick to be removed.

What about adult content? Will that be allowed? Will it be banned? What kind of warning system will they put in place?

What about mods that break games? Ironically, the only mod I had installed that is now paid was Wet and Cold, which for the last week or so has caused my Steam client to crash because it wouldn't install an update properly. There's a  24 hour refund policy, but what if the crash isn't apparent right away? Remember, a gamebreaking bug in Shivering Isles wasn't found until playtime passed 50 hours. What if a modder leaves without fixing bugs? What if a new modder wants to take over the mod? How is revenue split then?

Hey, what about copyrighted content? My mod adds Batman armour and I start charging for it, what now? Will Valve ban it? Will Warner sue? Will money and attention lead to a crackdown on mods? One of the mods for sale is based on Half Life, which Valve is notoriously chill about, but it won't be the only copyright issues that comes about.

Does Valve have an answer for all these questions? Not yet. Maybe they will, but considering both Greenlight and Early Access have problem after problem, I have my doubts.

The Fact That It's a Total Ripoff for Modders

Do you know how much modders get from this? 25 percent. One quarter! I was shocked when I heard that, since I was expecting a more traditional 70/30 model. That's crazy to me, and became crazier when I added up the numbers.

According to Wet and Cold's Nexus page, there are 25 people who contributed to the mod. 16 people thanked in the credits for contributing models and scripting, 6 credited for localization (with an "everyone else" on the end), 2 more people credited on the Ashes submod and the author themselves for 25.

Back to $6.25. After Valve and Bethesda take their share, the authors are left with $1.56. Assuming a fair split (which, if not, brings us back to my first point in this article), we take that $1.56 and give everyone six cents. We don't know how Valve and Bethesda split their winnings, but assuming 50/50, they get $2.34 each. So, every seventeen sales, each mod contributor gets a dollar, and Bethesda and Valve pocket $39 each. That, to me, looks a little lopsided, and a far cry from the chance to finally support the work of modders.

Look, I said before that I'm not opposed to spending money on mods. I mean, even if the big guys make almost forty bucks for every dollar you get, it's still better than getting nothing, right? Technically that's true, but there are alternate models that could lead to modders and customers alike not getting ripped off.

For a practical real world example, look at Bryan Shannon's Patreon. A former Maxis artist, he's been making mods for Cities: Skylines while between jobs. That's an awesome idea and, were I into the game in question, one I'd easily support. And while Patreon doesn't get the attention that Steam does and I really have no idea about the finances, I can only imagine he does better without the 75% Valve tax.

For another example, and one that I adored, look at the Premium Module program for Neverwinter Nights. NWN is one of my favourite games of all time, and were frankly way ahead of the curve on charging for mods. Their system was that Bioware reps would approach mod teams in the community and ask them to design a campaign, which would then be sold in their online store. Mod teams would get a hand from the actual devs at Bioware, funding, marketing, QA and the kind of things they needed to make a solid, polished game. Some were disappointingly short and unfinished, like Witch's Wake and Shadowlord. But others were fantastic, like Pirates of the Sword Coast which is one of my favourite Neverwinter Nights campaigns of all.

It was a failed system for many reasons—Atari was a terrible publisher, 2005 wasn't equipped to handle online mod distribution like this, DRM, several cancelled projects and more. But the core idea—developers fund additions to their game from amateurs and help them become pros—is one that could work amazingly for Skyrim.

Instead, we've got a wild west of weapon mods for $1,25. I don't have a problem with charging for mods. But in the rush to slam detractors as "anti-artist" and "entitled" is going to lead to a lot of these problems being overlooked. I worry Steam's giant position will make this mod-sale model the default, which would be a shame for modders and customers alike.
Posted by Colin Brown at 20:31