[via Steam]
Welcome to day two of the the Steam sale onslaught. I'm willing to make some changes when things aren't really working out: I've removed the dividing of categories, and I'm going to stick with recommending games I like, as opposed to trashing games I don't. There's not a lot of point in me covering every game on sale every day, because I haven't played all of them and I don't have much to say on some that I have. You don't need me to tell you that Duke Nukem Forever isn't a good game, so there's not a lot of point in me trying to write up two witty paragraphs to reinforce that opinion. It's much nicer to read two witty paragraphs about excellent games you should take a look at. Check past the break for some quick, informal recommendations out of the deals to help you decide how to carefully parcel out your Christmas cheer. 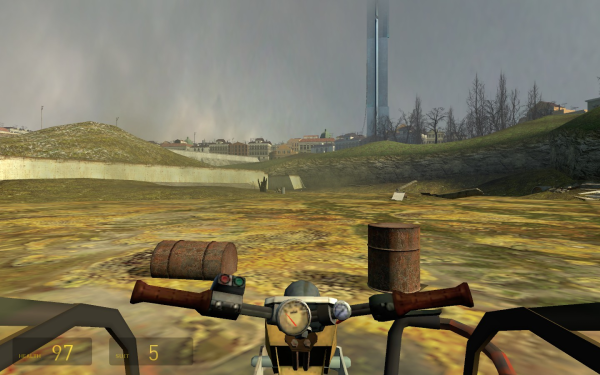 Half Life series
I don't want to seem gushy, but it's Half Life 2. It's probably one of the best linear FPS games in history. It's still better than most modern shooters today. Sure, there are sloggy bits, and the vehicles don't work well. Sure, we're still waiting for a conclusive ending. But man, nothing beats it in sheer terms of how well the story is presented, and how great the game itself feels.

As for the first game in the series, it's very dated. But it's quite fun, and the way the expansions follow the same story from a different perspective is very neat. Difficulty is annoying unbalanced, but the game itself still works pretty well. It's dated, and you certainly don't need to play it to get into Half Life 2, but it's very neat to see where Half Life 2 comes from in terms of both story and gameplay.

Dungeons of Dredmor
Dungeons of Dredmor is a roguelike and... well, I've already explained it before. In fact, this is one of the five games I'm currently attempting to play through in my own backlog journey; I probably would have already posted about it if not for technical problems concerning screenshots. Of course, I did get some good impressions from the game so far, and I can say it's very fun. It's not quite as casual as it seems, and the myraid number of skills (with even more included in the expansion) creates a large metagame where you are constantly coming up with new and more cohesive builds. However, despite the hardcore and unforgiving nature of the roguelike genre, Dredmor makes it as fair as possible. The UI is very intuitive, and it's very easy to keep track of skills, equipment, stats and items. The controls are fairly easy to keep track of as well. There's still a lot of really difficult elements to use (one word: crafting), but the game is way more accessible than most freeware roguelike alternatives. It's also very amusing.

As for the expansion, I'd say it's definitely worth it. Considering it's priced at 74 cents. 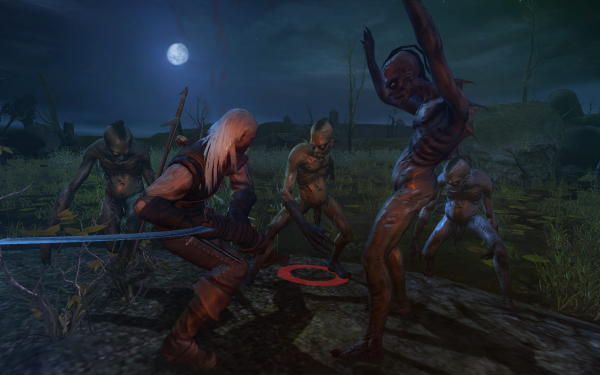 [via Steam store page]
The Witcher series
The Witcher series is a fantastic alternative to those feeling left behind by the new direction of CRPGs. Based on the cult dark fantasy Polish short story series, the Witcher is exactly what it sounds like: an RPG with old school sensibilities and top line production values. You are Geralt, a kind of monster hunter called a witcher. You hunt monsters, and pick flowers to infuse yourself with new powers to kill more monsters, and seduce ladies to get their collectable card (the ever helpful Witcher wiki can provide you with a List of Sex Cards if you need it). Seriously, the opening cutscene alone tells you all you need to know, and it is excellent. Like most Eastern European RPGs, there are rough spots. But the Witcher can easily stand as the biggest and most renown RPG to come out of the oddly specific Eastern Europe RPG subgenre. It's basically the measuring stick to compare other RPG releases from the region.

As for the second game, it's more of the the same but bigger and better. Or so I'm told. It's one of the few games in existence that won't run on my computer. But one day I'll get to finish the story.


Recettear
All I know about Chantelise is that a friend bought it and thought it was awesome. But I'm practically an expert on Recettear at this point. You probably have figured out that I'm a sucker for management business sims, and Recettear takes the genre and places it in the guise of an item shop. You hire heroes (who you control in Diablo-lite dungeons) and they get loot for you. Then you spend the rest of the day hawking the loot to adventurers and townspeople. It's an interesting fusion of genres that works very well and makes the game varied and entertaining. The game is firmly placed in Nondescript JRPG World, but the translation is very well done and occasionally funny. It looks cutesy and foolish, but it's a really great English version of an admittedly Japancentric release. 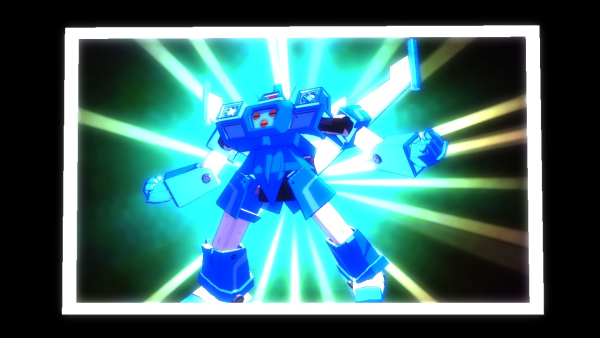 Costume Quest
Costume Quest is enchanting; I bought it on Halloween and beat it in a marathon one night session. It's got a real Pixar sort of sensibility; fun for kids, but still fun for adults. The battle system is modestly grindy but also very cool, aping the awesome timing system usually found in the Mario RPG games. Basically, you transform into a giant awesome version of your costume for every fight with over the top moves to match, and even if you think a giant statue of liberty spewing out an eagle and Abe Lincoln's head would get old, it never does. Highly recommended, especially if you're a fan of Double Fine's previous... what's this?

Oh man. Oh man. Psychonauts is 75% off today too. If you do not own this game, think long and hard about why you haven't bought it yet. Easily the best game from Double Fine. Easily the best platformer from the last gen. In fact, let's just call it one of the best games of all time. Even if you think you wouldn't like it, you would. It's stellar. Double Fine swooped in to fill the void torn out of my heart by the decline of Rare, and I love them for it.

Sacred series
Sacred is a Diablo clone, and one of the better ones up there, taking a comfortable spot beside Titan Quest. It's basically the poor man's Diablo II, but many players prefer it (including myself). The eight classes are interesting and varied , the graphics are decent, the multiplayer is more focused and less MMO-like, and the world is very open; this game gets occasional comparisons to Morrowind, and while I wouldn't go that far I can see what they mean. The Gold edition, which is what Steam hawks, includes all of the released expansions for a pleasant complete package. If you're looking for that Diablo itch, here's a good option.

Two caveats: Sacred Gold is currently also $4.99 on GOG. Even if you don't care about having a DRM free version, GOG does a far better job updating their games to work on Windows Vista/7; that's the version I've played before, and it works almost perfectly. Steam, on the other hand, has a pretty poor track record for fixing up old releases. As for the second point, I know nothing at all about Sacred 2. From the trailers and reviews it seems like more of the same updated to a newer engine, but they're not all that helpful in the description. Literally, the opening of the description on the store page is "In SACRED 2 - FALLEN ANGEL you assume the role of a character." I'll just bet you do.

Spiral Knights
You have to play a specific PVP map (Frostbite) and hit someone with a snowball by gathering up the snow piles on the ground. For a more detailed description , check out tm955's thread on the forum. Very easy to do, just rush their control points and hit the first person who runs into you. Watch out for the vents, they are traps and will make you drop your snowballs.

Psychonauts
Use pyrokinesis on one of the squirrels and one of the birds hanging around the camp hubworld, then apparently you eat it. Seems straightforward enough.

Dungeons of Dredmor
Start with the alchemy skill, buy a grog from the drink vending machines around the first floor and kill Diggles until you get an egg. After that, open your alchemy kit and mix Aqua Vitae (which you start with), a Diggle egg and grog. Enjoy. Sounds nummy.

Red Orchestra 2
There's no one cohesive guide, so I'll paraphrase the several posts I read. You have to capture the point in the Commisar's House. Not just any point in the map titled, confusingly, "Commisar's House" but the actual capture point inside of the house. One user recommends going Soviet for this one.

Tropico 4
Not much to do for this one besides hunker down and play your game. Oh, the horror. But seriously, this could take you an hour or two. Play on easy.

AI War: Fleet Command
There are some ideas and such in this thread, but it seems like this achievement (lose 30,000 ships in one(!) game) is going to be a tough one to accomplish. There is also a cheat save file in that thread, but keep in mind that using a save file to get tickets in the Summer Sale was considered unfair tampering and would result in your ballots being removed. Might not be the same case, but watch out.


That's it for today. Let me know if you preferred the full sale reviews, or if you agree that this shortened format works better. Or just talk about what games you bought/will buy today, I'm not a fussy guy.
Posted by Colin Brown at 01:44