I wrote a post for Indie Statik about a game where you play as a woman. You can read it if you like. The response has been pretty civil, and that makes me really happy because I was expecting the worst case scenario of angry feminists on the left, angry MRAs on the right and everyone looking to tear me apart.

I cut a lot out from the already rambling intro (sadly, there wasn't enough space to properly question where trans* people figure in), but there was one bit in particular I really didn't want to take out but couldn't find the spot. Specifically, I wanted to talk about the only times I've been harassed for being a woman. Wait, what? How? Can you guess how this could happen to me, the straightest and whitest of males?

If you said MMORPGs, have a cookie. In the many MMOs I've been sucked into over the years, I've almost always played as a female character. And I've had my fair share of derision ("girls can't tank"), creepy PMs ("your beautiful cyber? ;)"), unsolicited gifts (thanks for the gold, dumbass) and all sorts of unpleasantness. Sometimes I ignore it, sometimes I say that I'm a guy in the real world and it's my character that's female. Usually that stops people, but sometimes it just eggs them on since they feel tricked or betrayed. Now I'm a creep, or a trap, or a homo, or whatever. Which makes me sad, because that's not why I play a female character.

And I've heard all the reasons others do it. "They get sexy armour!" or "If I'm going to stare at an ass for hours, it might as well be a good one!" or my fave, "Only guys play MMOs anyway so all female characters are dudes anyway!" And none of those are the reason I play a female character, because honestly I find them a bit gross. I mean, you want to ogle some polygons I won't stop you, but I don't prefer female characters because sex stuff. 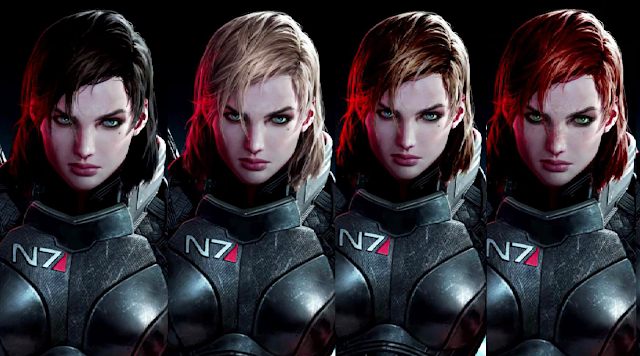 And here's the kicker: I do this in every game where gender is a choice, not just MMOs. If a game has a character creator, odds are good I toggled the switch to female. The Lone Wanderer is Liam Neeson's little girl. Dovakiin Dragonborn is all lady. The Boss of the Saints is totally lacking in the Y chromosome. Commander Shepard? That's ma'am to you. Even in games where it barely impacts anything, like Terraria, I do this. But why?

Out of spite, mostly.

Part of it comes from the way I treat protagonists in video games. I've been classically trained on a steady diet of D&D. I relate to video games the way I relate to books and movies. In my head, a video game character, even when I'm controlling them, is a character first and me second. I am the puppet master inhabiting a role. This doesn't mean I don't get immersed in video games, as I'm the kind of guy who "nods" with the camera when Alyx Vance asks Gordon a question in Half Life 2. It's just that the man or woman or elf or dwarf or alien or animal or plant or mineral on the screen is not me. I'm a video game method actor, except that the fantasy nature of video games means that it's no big deal if the role I'm playing is a female.

Sometimes, I think ahead and decide which gender suits the character more in terms of canon. When I recently beat Knights of the Old Republic properly for the first time, I played a male character, because that was what the authors took to be canon. This was because the romance with Bastilla (though kinda lame in the game itself) has pretty lasting repercussions for the sequels. It's also because the story and lore behind the later games consider the hero to be male (on the flip side, the hero of KotOR 2 is canonically female). This isn't a hard and fast rule; when I played the first Saints Row I was a male character, but I swapped to female in the sequels because it just seemed more amusing and I liked the female character customization options better. It's a fluid thing, but nowadays I just find myself picking female without thinking. 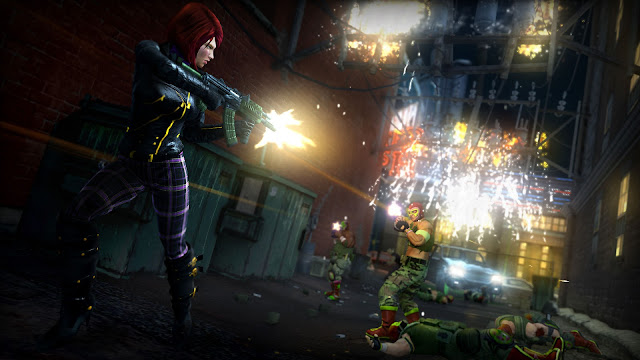 The other side of this, though, is a little sadder though. Despite my supposed no boys allowed policy, I still play as a dude in over half the games I play. It's just the lopsided nature of the industry at work. I'm racking my brain trying to remember where I read this (hit me up with a link if you know) but some author in a recent article said that every time you pointed this out, someone inevitably came back with a handful of good female characters: Samus, Faith, Jade and maybe Lara Croft. Some would throw in Chell (a character that literally never speaks?) or Bayonetta (really?) or Lightning (I haven't played FFXIII myself, but her cup size has become so controversial that I am going to spend a big chunk of September writing about boob games on Indie Statik). But that's only three solid examples.

So my penchant for creating female protagonists is mostly just a quiet struggle to even the scales. I find it fascinating that, in an effort to make exclusively gender neutral dialogue, camera angles and mise-en-scène, a game like Mass Effect can be so close (Shepard) and so far (Miranda) at the same time. It's a personal reaction to the idea that games don't sell unless you play as a guy, and that "you can't make a dude like the player kiss another dude in the game, that's going to feel awkward." So that's it, really. Bitterness and a desire for more variety in games. It's not just limited to gender too; I go all over the place with race, body types, the whole deal.

Why bother writing all of this? Well, if you see a female character in a screenshot on here, you know why. But more importantly, some people find this weird. Some people are very tied into making their video game characters exaggerated extensions of themselves, so when they see my female gang leader in Saints Row they feel awkward and don't understand. So I'm curious—what do you folks gravitate towards in video games? Am I really outside the mainstream here, or is it more common than I think? Please, drop a line in the comments or on Twitter, I really do find this kind of stuff fascinating.
Posted by Colin Brown at 23:21