Final Fantasy Is Dead. Here Is The One You Should Play Anyway.

However, I do find it odd that the author describes Final Fantasy as once having a true shot at legitimacy. Now, I've barely played any of the games. I am not a Final Fantasy expert in the least. I didn't grow up with these games, and didn't touch them until I was functionally an adult. I do love the original, I did just finish II, I have been slowly chipping away at III, but I never really thought the games were particularly amazing at writing and story.

I always assumed the devotion to the series came from distinct moments of greatness—bits of amazing music, moments of great writing, set-pieces of fleeting wonder—but that the overall whole never quite came together. Everyone remembers the death of Aeris, but does everyone remember the many bits of cringe-worthy dialogue from Barrett? The talking treasure chest that says "HI I'M A CHEST LOOK OUT FOR ME"? Most of the parts that aren't in Midgar? We cherry pick our favourite moments, because these games came out when we were young enough to do so. Don't get me wrong, there are truly great moments in the series. I consider myself a fan. But I would never pick one as the Citizen Kane heir apparent.

I mean, look at the fervent debates about which one is the best. It makes me think that each game does something well, but whatever that something is doesn't appeal across the board. Some like the job systems of III and V. Some like the future settings of VII and VIII. Some love the simplicity of the first one. It's a series that always seems to try something different, so it makes sense that there are so many different opinions on it. I can't really think of another series that inspires so much debate about the best one.

Except those debates are stupid because Final Fantasy VI is the best one, you cretin. Obviously.

Obviously there will be a handful of spoilers, but I'll be vague enough that it won't ruin the game for you. Also, the game is 18 years old. I have a sibling younger than this game. Get it together. 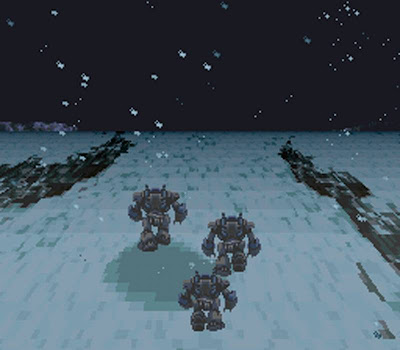 The game starts with the protagonist, Terra. Then she is joined by Locke. Then Edgar. Then Sabin. But wait! A bad thing happens! Locke is behind enemy lines! Sabin is stuck in a distant land! Each of them meet new party members! And now, what was once one party is three. The game just keeps shifting between each of them, allowing for three sets of protagonists to widen the scope while still tying everything back to Terra. It's shockingly masterful and a logical extension of the "guest" character system of II and the uncustomizable but ever changing line-up of IV

One of the biggest problems with most RPGs is that, for some insane reason, developers love to have too many companions. I don't understand it. You budget to write six fully fleshed out characters, but I can only interact with two at a time. It's a problem in JRPGS—I've been blazing through the commercially beloved but critically reviled Legend of Dragoon as a nostalgic thought experiment, and one thing that bothers me is that the game actively discourages you from swapping around party members. No experimentation, no tactical decisions, just pick your two favourites and never look back.

And it's a problem in Western RPGs too—every mission in Mass Effect limits you to two characters, so that's four (1) or ten (2) or five (3) missed opportunities for character development. 2 fixed this quite a bit with the loyalty mission structure, and that's why it remains my pick of the series. My favourite was always Planescape Torment, which gave you eight terrifically plotted party members but capped you at using six. Vexing! 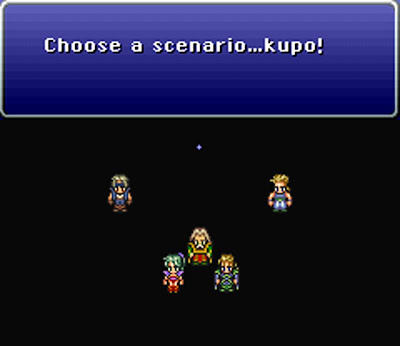 But in FFVI, you're using all the party members equally, more or less, despite the fact that there are 14 of them. All of them get to go in dungeons, all of them get character moments, all of them have their own arcs, and it's all thanks to the vaguely episodic structure. I adore games that use the idea of multiple perspectives to tell a wider story so the fact that FFVI does this, but also uses it to address RPG structure and pacing problems, is fantastic. The game eventually brings everyone back together, but still does a good job of making characters come and go in order to keep you constantly shifting your strategies and party composition.

The second narrative trick is another one of my favourites, and one I desperately wish more games would employ. It's also the one that is the most spoilery, so if you're already convinced then please read no further. 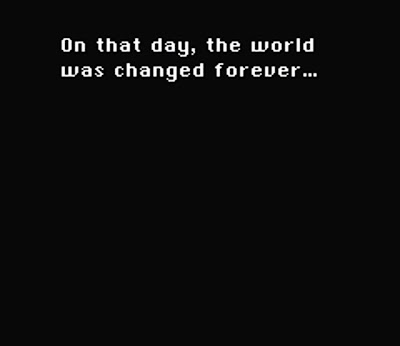 Remember in Pokemon when you beat the Elite Four? In Red and Blue, the game ended. Sure, you could go grab Mewtwo, but you were basically done. In Gold and Silver, you wrap things up with Johto and "beat" the game. But suddenly, Oak shows up and is all like, "Yo, holmes. You want to come visit Kanto?" Now you've got eight more badges to get, a truckload of new Pokemon to catch and you get to see how Kanto changed between games. What you thought was the endgame was just the mid point. It was a glorious bait and switch, and Game Freak is insane for never doing it again. Seriously, this was one of my greatest video game memories because it utterly blew my nine year old mind.

FFVI is the only other game I can think of that does this (I'd love to hear if you know any others). There's a distinctly final dungeon flavoured segment in FFVI and it feels like the game is starting to wrap up. Then suddenly a Very Bad Thing happens and the party is utterly wiped out. Flash forward a year or two and you're in control of Celes, an important but somewhat secondary character from the first half. Now, you get to explore the world and see how it changed over time—just like Pokemon Gold, the "end game" was just the middle point, and just like Pokemon Gold it utterly blew my seventeen year old mind when I finally played it. 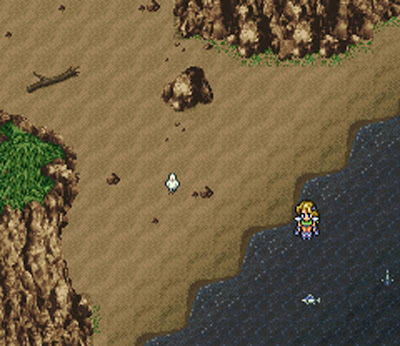 Which segues nicely into the final act of the game, and my favourite bit. Celes is totally alone at first, and has no clue where the rest of the party wound up after the Very Bad Thing or what has occurred since then. So now, you need to travel the world and reacquaint yourself with it while trying to figure out where the hell everyone else is. This leads to a series of side quests, most of which are optional, where you track down your old friends and get the gang back together. Sure, some of the new bonus party members like the moogle and the yeti are just gimmicks, but most of them are the same characters you've been hopping between for most of the game, so you've got a vested interest in getting them back.

Putting the team together is right up there with multiple perspectives as a favourite narrative device, and it's a format that's so very well suited to video games. And there are many games that use it effectively—Mass Effect 2 jumps to mind, as it completely blew the usual Bioware formula out of the water with loyalty missions. But FFVI may top them all thanks to the terrific first half. By splitting up the party and developing all sides equally, you need to find them—not only for closure, but also because every party member re-recruited is an extra hand for the true final dungeon. Yet by making most of the party member recruitment quests optional, there's a concentrated risk that you'll never find out where they went, especially if you don't bother using an FAQ. You can technically finish the game with just three party members (though it's pretty tough) and the story will accommodate.

So there you have it. Final Fantasy VI is the best because it uses three of my favourite narrative outlines in games, and uses them well in order to compliment each other. The actual writing itself might not stand out against the best examples in video games, but the extraordinarily clever plotting makes the game go from the story of one vague blue haired girl to a big cast and a sweeping narrative. It's a shame that I've yet to find a game plotted this well since.

I own the GBA version, which has slightly better graphics, some bonus dungeons, bug fixes, etc. I believe it also has the translation fixed up a bit, but I can't find a source for it. The PS1 version uses the... curious SNES translation, but also includes FMVs and better sound. It's a perfectly fine port and that's probably the easiest version to track down legally via PSN. The SNES one is on the Virtual Console as "Final Fantasy III", but its definitely the lesser of the three. Calling it the Atma Weapon? Gross.

Oh, these screenshots are of the PS1 version, taken from the user submitted section of GameFAQs. Logo comes via FF Wikia, and that Lightning picture is reposted from the Wired article.
Posted by Colin Brown at 17:00